By combining Anime, Films, & RPGs, I created Art of War.

Just past the 80% mark of the Art of War Kickstarter relaunch and we are almost to the final stretch. Just over $200 more till the original estimated goal is meet. As I take a Sunday to get caught up on a 20+ shows in queue from the Fall 2017 season to present I wanted to reflect on why this project is a heart project. 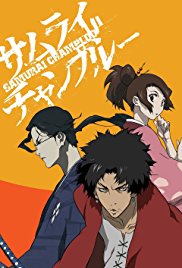 The a core foundation idea behind Art of War is transcribing the elements of the classic Big Eyes, Small Mouth (3rd Edition) Anime Roleplaying Game into the Savage Worlds system. Much like the Savage Worlds Superpowers Companion, I wanted to create an Anime Companion. The thing that governs BESM is that it covers all Anime: Kaiju, giant Mecha, Sci-fi bounty hunters. While I do want to create an open Anime Companion for Savage Worlds still, I wanted to focus more on the fantasy or period pieces. While not the extreme tech-fantasy like Final Fantasy (which can be argued as a Sci-Fi), I wanted Samurai Champloo feel with more martial arts.

I also wanted to concentrate on the meshing of my favorite movie genres: Samurai Sagas (bushido) & Martial Art Epics (wuxia). To me, this is a combination of Japanese and Chinese “warlord eras”. Sengoku & Three Kingdoms. The perfect example of this mash up can be found in the movie: Heroes of the East.

Or something along the lines of Jet Li’s Fearless. The one issue with these examples, and you must forgive me, is that they have a Chinese bent. They are Hong Kong action style films starring Chinese Actors, with one being specifically designed as a propaganda film. But it shows the premise of the CvJ genre I wanted to incorporate.

The difference between these ideas and what I have created is a inclusive environment compared to a versus environment. These two movie examples do recognize a joining of culture near the end of each film, but I wanted Art of War to have a completed narrative.

The world of Art of War is a combined influence of aspects inspired by these to beautiful and elegant cultures.

How does Anime and Films tie together?

By combining aspects of these three core basics: Anime, Films, & RPGs, I was able to play in a sandbox that would allow me to create a world that can use all three.

Take the new anime Yuuna and the Haunted Hot Springs, the title alone screams Ecchi. Hmmm. Probably not the best example, but work with me on this.
Here you have the main protagonist, Kogarashi Fuyuzora, who could very well fit into our hungry-ghosting- hunting exorcist Trope we call a Kui.

Sagiri Ameno is a good example of our Shinobi Trope.

Yaya Fushiguro is an example of a Nekomimi race from our setting, probably a Hero Trope.

Nonko Arahabaki – well maybe an external focused Buxist (drinking being the “trappings” of her Trance ability) or a Youxia Trope. She could easily fall into a Hero trope. Now we do not have an Ogre race in this game… It makes me think that I should. Oni are an enemy to the Empire in my game, but maybe something in a future supplement.

Where are you going with this blog entry?

Well getting the ramblings all together, I’m trying to say you do not have to play the default setting for Art of War. The Tropes and Chi system found in the book can lend itself to any anime or martial arts inspired setting.

Over on our kickstarter, a backer asked:

@Timothy asked: With Savage Worlds Black on the horizon, do you plan to do a rule update after its release?

A: We are slated for a print run of December this year. That is somewhat on purpose. Shane Hensley(creator of Savage Worlds) mentioned in a few places that Project “Savage Worlds Black” is scheduled to kickstart in the Fall of 2018, post GenCon.

We plan to have it incorporated into the book before we publish. We have that foot path already in place. We just need to pave over it, once the material is released.

In addition, using Flash Gordan as an example, since it already has material that has been confirmed will be in the next iteration. Such the Athletic skill. This new skill justified our need for a separate Acrobatic skill.

Some Chi Techniques might need to be revised, but we do anticipate that.

If by chance things do not line up the way they should but our ducks are in a row, we are ready to hit the print button. . . we will.

This means a conversion document will be released for free, in a printable PDF format for hard copy users. We plan to update the PDF versions to accommodate all that have purchased it.

I hope I answered your question on that one. If anyone has any others, ask away.

In just a few minutes I’ll take the step of pushing the launch button. Officially rebooting the Art of War Kickstarter. I’m excited, yet nervous. I think we will at least hit our modest goal.

Meanwhile, I have several post in “review” that I need to finish so that I can get anime reviews up.

Re-watching Basilisk so that I can watch the new series. Finish Darling in the Franxx. Many more on the list to update. Hopefully soon.

A Savage Worlds pregen for the South of the Wall adventure

A pregen for the South of the Wall adventure.

An, Wolf of the Midnight Crane
As an abandoned child found in the wilderness, An was taken in by a pack of outlandish Inumimi who worshiped the moon. An never knew he was different from the Inumimi. He hunted with them, rose through the pack and became one of the guardians of a decrepit temple dedicated to ceremonies when the moon hid from the sky.
Mistaken as the single abbot watching over the dwelling of the by travelers, An took to the assumed role with ease. He eventually made his home with in the temple, leaving his place within the pack.
Over the course of a summer, word spread from merchant to Buxist on pilgrimages of the revitalized temple and hospitality given to those that seek shelter. A Buxist known as Yun, approached An challenging him to the right of property of the temple. Yun belonged to the Order of the Midnight Crane, who previously held ownership of the grounds. An humbly backed down recognizing the proper ownership. Yun requested that An stay and attend to the people as he would attend to the temple.
An studied for many years, learning the traditions of BuXia. It was now his time to explore the world beyond the temple life and set a course of discovery beyond the plains of the Tiger lands.

Chi Technique
Bestial Form
Cost: 1
Duration: 1 hour
Trappings: bone necklace, drinking animal blood
A hero can spend 1 Chi Point to take the form of a single animal of his size or smaller, chosen at the time of learning this Technique. During the duration, the hero can shift form as a free action any number of times. While in this animal shape he retains his mental attributes, but takes on the physical attributes of the animal as well as any special abilities.

This one will be the second building I bought from them. So far I like the concept. Price is above average or comparable.

Tomorrow I will preview more.